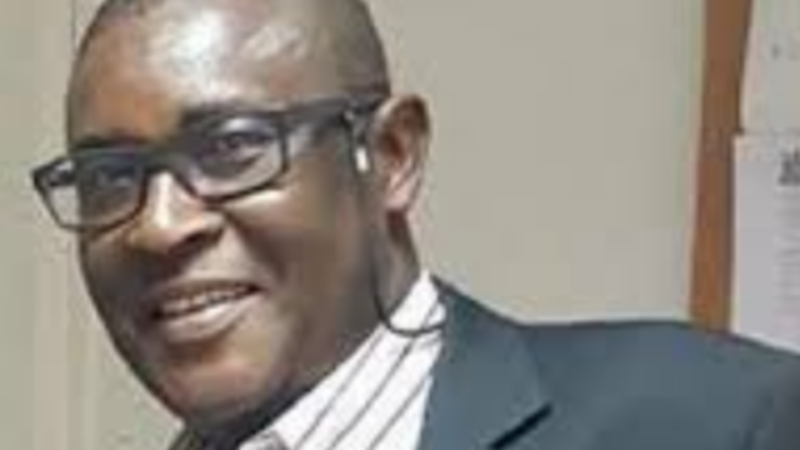 Religious intolerance exists only in our different man-made beliefs and doctrines. This becomes very critical to diagnose, especially when we can interact amongst ourselves as humans in most of our endeavours.

Why do we tolerate one another in the market squares/supermarkets, sports arena, clubs and beaches but are divided in our religious beliefs? We trade amongst ourselves, exchange money and commodities and even embrace one another without searching or asking for our religions.

We keep killing one another with an erroneous belief in our religious fanaticism without any conscience to ask ourselves: “Who defines the best of the best religions in the earth?

Has there been anywhere that God Almighty defines Himself by any religious beliefs?

Who actually determines or validates our righteousness based on our self-imposed religious sentiments or beliefs?”

One greatest enemy today in the earth is RELIGION.

The greatest pathway to assessing God Almighty is LOVE GOD as you love your neighbour.

LOVE has no religious boundaries, and it cuts across religion. It’s a mandate and it’s beyond any religious affiliations or beliefs.

Let’s see ourselves as human beings with the same Divine nature first before our religious intolerance definition of which religion is more tolerable in God’s Sovereign embrace.

We shouldn’t create our own enemies by assuming that our differences in religious beliefs are to be treated as supremacists or the best of God’s righteous validation standards.

We must not philosophically engross ourselves in Religiousness, ‘Churchianity’ or ‘Mosquesim’ Syndrome, Religious Extremism, Fanatism and Radicalism in whatsoever disguise. This is because those factors had dealt with us and today, our myopic intellectualism, intelligence and humanity are blurred. We can now postulate our world based on our religious doctrines. We have created our own distinct ways of defining and appropriating God just to suit our caged mentalities.

In God Almighty, there’s only one world and one people.

Equally, we must understand that religion and spirituality are miles apart.

It’s only in religion that hatred abounds.

In spirituality, love and peace, reign.

Now, you have clear understanding why we have more religious beliefs without the core fundamental principle of Spiritual Alignment.

Now, you can understand why we have thousands of branches of churches and mosques with few hundreds of industries and technology innovations.

Now, can you imagine why Hisbah will destroy alcohol drinks, cigarettes and ban beauty pageants and the same states will still share from the proceeds of such activities from religious tolerant states?

When next anyone talks you down because of your religious beliefs or sentiments, don’t bother to explain, rather pray for that person to repent and align his or her spiritual life with God Almighty.

Remember, God Almighty is Spirit, and those who want to serve Him must do so in the spirit.

Jeremiah in the Bible was trying to argue about his birth deformities and God Almighty educated him by informing him that before his father and mother were born, he (Jeremiah) has been known. It means that the meeting of Jeremiah’s parents as husband and wife was just a process and not as ordained from the foundation of his birth.

“We are all God’s ordained children. We may be diverse in nature and potentials but ultimately, we are from the same Sovereign Father’s bond.” – DSM.

In the world today, we are approximately nine billion people and has it not surprised mankind that no one’s fingerprint or eye lens is the same. It’s a very clear indicator that mankind creation is unique and definitely outside the narrow-minded stupidity of religious beliefs.

Don’t despise anyone, including those drunkards, useless parents or poor people, because unknown to you, their names are written in Heaven. Jacob I love and Esau I hate, the question is, what was the offence of Esau? Esau was an industrious son while Jacob was a mother’s pampering child, yet, God honoured His preferred preference.

If only we could trackback from where we are coming from, and if we are very sensitive, we would have understood that none of us existed because of our religious beliefs. We can’t even track our processes from then till now. We have no single idea of our growth processes, and how we have survived till date even when most of our mates are dead.

What did we contribute to be alive today? We have no inclination of why God spared our lives, but today, out of our foolishness, we are now the embodiments of immortality in appraising which religion is God’s favourite.

What a blinded generation, and unfortunately, we fight against one another because of ignorance of us being aware of our fading beings. Like I have always said, God didn’t create any religion, mankind did. Praying and fasting are very important, but not when your prayer points are against others based on your religious beliefs and sentiments.

Thank you for reading through and I pray that God’s amazing grace will open your heart to discern why RELIGIOUS INTOLERANCE is a coinage of mankind to deceive the vulnerable into appreciating the Sovereign Wholeness of God Almighty.