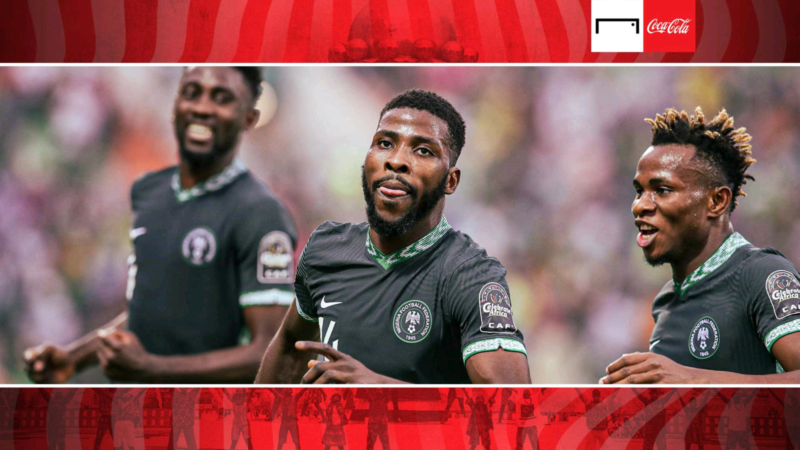 Nigeria will hope to virtually guarantee their qualification for the Round of the 16 of the 2021 Africa Cup of Nations when they face Sudan on Saturday.

A win would give Austin Eguavoen's men six points from two group matches and see them top Group D with one match left to play.

Nigeria have faced Sudan 14 times and their first game dates back to 1963.

The Super Eagles have the upper hand with the most wins (eight) while Sudan have grabbed two wins so far.

The last time they faced each other was at the 2018 African Nations Championship which ended in a 1-0 win for the Super Eagles.

Sudan hosted the maiden edition of the continental competition in 1957 where they finished third. After missing the last four editions since 2012, the Falcons of Jediane are in Cameroon for their ninth tournament appearance.

The Super Eagles head into Saturday's game as the 36th best footballing country in the world and they occupy the fifth spot on the continent, according to the latest ranking released by Fifa in December.

Sudan, on the other hand, are ranked 125th in the world and 33rd in Africa.

In securing the monumental win over Egypt in their opening match on Tuesday, Austin Eguavoen fielded the second-youngest starting XI at the ongoing Afcon after Ethiopia.

The average age of the Nigeria team for that game was 25 years.

Although he failed to find the back of the net in the goalless draw against Guinea-Bissau on Tuesday, Mohamed Abdelrahman remains a threat to the Super Eagles' defence.

He scored one-third of Sudan’s goals during the Afcon qualifiers (three out of nine goals).

Meanwhile, goalkeeper Ali Aboeshren was the hero for Sudan with his late penalty save that earned them a point in their opening Group D match.

The two countries have lifted the Afcon title on separate occasions but Nigeria remain the superior side with three trophies (1980, 1994 and 2013) while the Falcons of Jediane achieved their only success in the tournament back in 1970 on home soil.