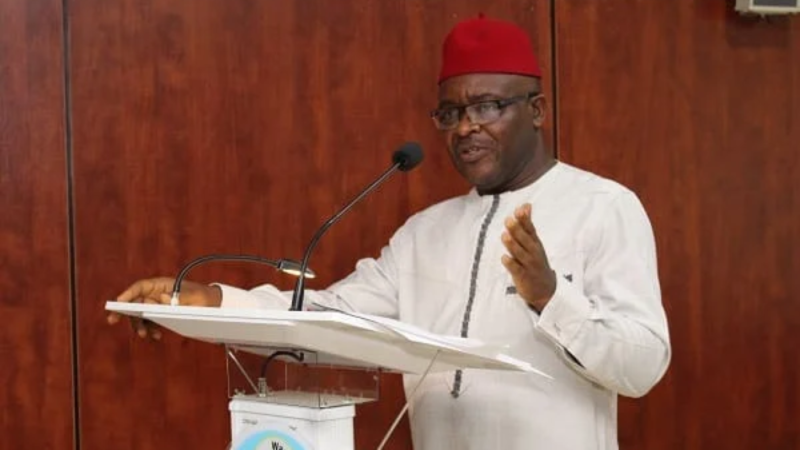 Ihejirika said this at a news conference in his Ovim country home in Isuikwuato Local Government Area of Abia.

He also hinged his reason on the fact that he needed a platform “to make myself available for service both at the state and national levels”.

He said that he did not join the All Progressives Congress “under pressure” or to evade probe by the government.

The former Army chief also spoke on the current state of insecurity in the country.

“I left office at a time Boko Haram was building up and we did our best to stem the tide,” he said.

He said that he had availed himself of available opportunities, including the Annual COAS Conference by the Ministry of Defence, to offer advice on how the nation’s security challenges could be surmounted.

“I can say that a lot has been achieved by the Armed Forces in tackling Boko Haram insurgency,” he said.

Ihejirika noted that the APC-led Federal Government had laid a solid foundation for the growth and development of the country.

He spoke against the fear that Nigerians might vote against APC in 2023 because of the numerous socio-economic challenges that have bedeviled the country since it took over power.

The former COAS said that it would not be right for anyone to say that the party had not made any meaningful impact since it formed the government in 2015.

According to him, governance is like a building block. When the foundation has been properly laid, one can now build on it.

“I’m sure that APC has made substantial efforts toward national development since it took over power.

“It is for the next administration to build on the achievements recorded by the present government,” he said.

Ihejirika cited the road and railway infrastructure and other development initiatives as some of of the achievements of President Muhammadu Buhari’s administration.

He also hailed the federal government’s interventions in agriculture, using the Central Bank of Nigeria to drive a revolution in the sector.

“There is, however, room for improvement in all sectors of governance in the country,” he said.

The former COAS said that greater success against insecurity could be achieved, with necessary logistics support and incentives by the government to the security agencies.

He advised that vigilance groups should collaborate with security agencies and that the people should assist with relevant and timely information on security breaches.

“Once these measures are taken care of, we can be sure that security will improve tremendously,” he said.

Ihejirika further said the recent wave of kidnapping in Akara-Ovim-Uturu axis in his local government was “not a case of invasion against Isuikwuato,” popularly called “the land of Generals”.

“Rather, it was a criminal attack launched by kidnappers to extort money from their victims, with the connivance of some locals,” he said.

On the agitation by the proscribed Independent People of Biafra (IPOB), Ihejrika said that although the world recognized peaceful agitations and protests, such actions lose sympathy once they become violent.

He, however, urged the Federal Government, “as the father of all”, to approach the issue through dialogue, saying that the emphasis should be to achieve peace and unity of the country.

Ihejirika, who is speculated as harbouring governorship ambition, declined to confirm or deny such bid.

He said, “When we get to the bridge, we will know how to cross it”.

He said that the Constitution did not provide for independent candidate and that it was the responsibility of political parties to decide on who should be their flagbearers.

Ihejirika was also noncommital in his comment, concerning the zone that should produce the governor in 2023.

He said: “The important thing is that in selecting the governorship candidates by the parties, there should be consideration for fairness and competence.

“It is my hope that the nation shall get to a level where nobody would be concerned about zoning. That is when we know we have grown.

“Abia people must be focused for us to achieve good governance.

“Anybody that must be governor must be focussed, visionary and prepared to have sleepless nights to tackle the enormous developmental challenges facing the state.

“The person must be able to make sacrifices. It is not just for enjoyment, going to parties and being addressed as His Excellency.”

The APC chieftain hoped that the leadership crisis rocking the party in the state would be resolved early for it to move forward.