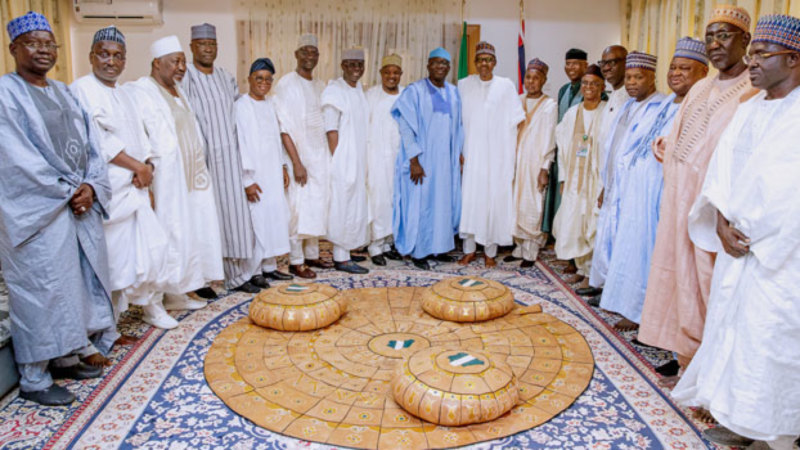 The meeting however could not take place because the president is scheduled to travel to Ogun state on Wednesday, January 12

A new date has since been set for the meeting where governors would be given the opportunity to profer solutions that could end the crisis between party members before the president.

Governors of the ruling All Progressives Congress have agreed to seek the intervention of President Muhammadu Buhari in the growing crisis between members of the party.

The Nation reports that the resolution to meet the president followed a resolve to end the crisis and ensure the party's national convention is conducted without hitches.

According to the Progressives Governors' Forum (PGF), the APC governors would be presenting some options that would help resolve the party crisis before President Buhari.

Also, the Kebbi state governor, Atiku Bagudu, had also encouraged his colleagues from other states to ensure they attend the compulsory meeting.

A source said while governors were divided on the national convention, it has been agreed that suggestions and possible opinions be collated before the meeting with the president.

“We resolved that immediately after concluding our meeting, we will all leave the venue straight to the Presidential Villa to hold a frank session with the president."

“As the party’s leader, President Muhammadu Buhari will finally make a decision on when the APC convention will hold.”

According to the party, the postponement would help it resolve all the crises brewing between aggrieved members.