Subscribe to RSS
2023: Destiny Killer, Your Time Is Up — Sowore Tells Tinubu After He Declared for Presidency 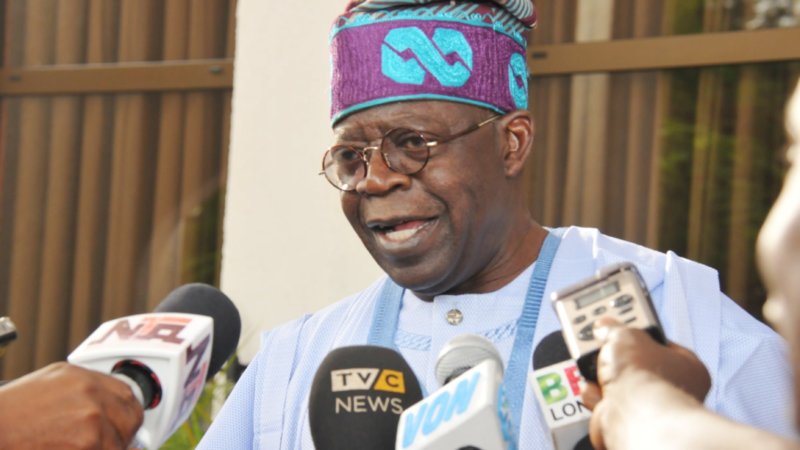 Nigerian activist, Omoyele Sowore has called out All Progressives Congress national leader, Bola Tinubu after he declared his intention to become President in 2023.

The activist described Tinubu, President Muhammadu Buhari and others at the leadership level as incompetent and corrupt fellows who had negatively affected the growth of the country. He further warned that their time was up.

The post reads: “You may inform, consult, and discuss all you want. Be informed that your time, that of Muhammadu Buhari and other destiny killers is now up! The #revolution is about to hit you all- the incompetents, the invalids, the corrupt and all of you guys that tossed Nigeria into a bottomless abyss!”

Recall that Tinubu who is the National leader of the All Progressives Congress, on Monday informed President Buhari of his ambition to contest for the position of president in 2023.

Tinubu had claimed it is his lifelong ambition to become Nigeria’s president.

He also stated that he had the confidence, the vision and the capacity to build on the vision of the current President.

Asked whether he has informed President Buhari of his ambition to contest for the President in 2023, he said, “I have informed the President of my ambition but I have not informed Nigerians yet, I am still consulting.

“That is the truth and I have never seen where it is written in the rule book anywhere in any country that a kingmaker cannot be a king – unless you commit murder.

“So, whatever is your attribute [of me] is your own opinion. Me, I want to pursue my ambition without the title of a kingmaker. You can write your literature and story based on your own perception.

“He (Buhari) is a democrat. He didn’t ask me to stop. He didn’t ask me not to attempt and pursue my lifelong ambition. So, why do I expect him to say more than that? You are running a democratic dispensation, and you must adopt the principles and the values and virtues of democracy. That’s it.”