Subscribe to RSS
How Power literally Damages The Brains Of People Who Wield It And Causes Them To Be Dissociated From Reality. By Prof Pat Utomi. 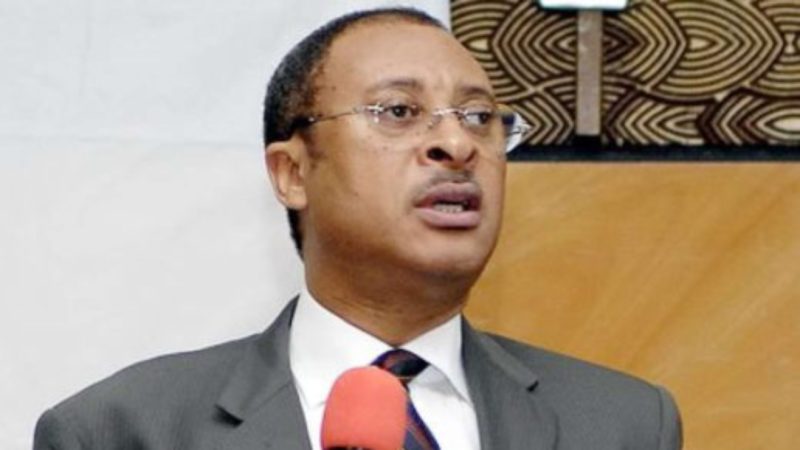 I was one of seven professors who facilitated a leadership training in my university here in Georgia for local government chairmen from a major Nigerian southwestern state. In the course of the training, I adverted to a January 13, 2018 column I wrote about how power literally damages the brains of people who wield it and causes them to be dissociated from reality.

A few of the chairmen at the training initially said they “rejected” what I said “in Jesus’ name.”But the more I expounded the research on the psychology of power, the less resistant they became. In the light of the interest it excited among these local power wielders, I thought I’d share a revised version of the column for the benefit of other people in power.

Almost everyone I know wonders why people in power change radically; why they become so utterly disconnected from reality that they suddenly become completely unrecognisable to people who knew them before they got to power; why they get puffed-up, susceptible to flattery, and intolerant of even the mildest, best-intentioned censure; why they appear possessed by inexplicably malignant forces; and why they are notoriously insensitive and self-absorbed.

Everyone who has ever had a friend in a position of power, especially political power, can attest to the accuracy of the age-old truism that a friend in power is a lost friend. Of course, there are exceptions, but it is precisely the fact of the existence of exceptions that makes this reality poignant. As the saying goes, “the exception proves the rule.”

Abraham Lincoln once said, “Nearly all men can stand adversity, but if you want to test a man’s character, give him power.” Look at all the power brokers in Nigeria—from the president to your ward councilor—and you’ll discover that there is a vast disconnect between who they were before they got to power and who they are now.

Also look at previously arrogant, narcissistic, power-drunk prigs who have been kicked out of the orbit of power for any number of reasons. You’ll discover that they are suddenly normal again. They share our pains, make pious noises, condemn abuse of power, and identify with popular causes. The legendary amnesia of Nigerians causes the past misdeeds of these previous monsters of power to be explained away, lessened, forgiven, and ultimately forgotten. But when they get back to power again, they become the same insensitive beasts of power that they once were.

So what is it about power that makes people such obtuse, self-centred snobs? It turns out that psychologists have been grappling with this puzzle for years and have a clue. Dacher Keltner, a psychology professor at the University of California Berkeley, extensively studied the brains of people in power and found that people under the influence of power are neurologically similar to people who suffer traumatic brain injury!

According to the July/August 2017 issue of the Atlantic magazine, “people who are victims of traumatic brain injury are “more impulsive, less risk-aware, and, crucially, less adept at seeing things from other people’s point of view.” In other words, like victims of traumatic brain injury, power causes people to lose their capacity for empathy. This is a surprising scientific corroboration of American historian Henry Adams’ popular wisecrack about how power is “a sort of tumour that ends by killing the victim’s sympathies.”

The findings of Sukhvinder Obhi, a professor of neuroscience at McMaster University, in Ontario, Canada, are even more revealing. Obhi also studies the workings of the human brain. “And when he put the heads of the powerful and the not-so-powerful under a transcranial-magnetic-stimulation machine, he found that power, in fact, impairs a specific neural process, ‘mirroring,’ that may be a cornerstone of empathy,” the Atlantic reports. “Which gives a neurological basis to what Keltner has termed the ‘power paradox’ Once we have power, we lose some of the capacities we needed to gain it in the first place.”

Take Buhari, for example. Before 2015, he was – or at least he appeared to be – empathetic. He supported subsidies for the poor, railed against waste, thought Nigerians deserved to buy petrol at a low price because Nigerian oil was “developed with Nigerian capital,” and so on. He even said foreign medical treatment for elected government officials was immoral and indefensible, and wondered why a Nigerian president would need a fleet of aircraft when even the British Prime Minister didn’t have any.

Nothing but power-induced brain damage, which activates narcissism and loss of empathy, can explain Buhari’s dramatic volte-face now that he’s in power. This fact, psychological researchers say, is worsened by the fact that subordinates tend to flatter people in power, mimic their ways in order to ingratiate themselves with them, and shield them from realities that might cause them psychic discomfort.

“But more important, Keltner says, is the fact that the powerful stop mimicking others,” the Atlantic reports. “Laughing when others laugh or tensing when others tense does more than ingratiate. It helps trigger the same feelings those others are experiencing and provides a window into where they are coming from. Powerful people ‘stop simulating the experience of others,’ Keltner says, which leads to what he calls an ‘empathy deficit.’ ”

Researchers also found out that excessive praise from subordinates, sycophantic drooling from people seeking favours, control over vast resources they once didn’t have, and all of the staid rituals and performances of power conspire to cause “functional” changes to the brains of people in power. On a social level, it also creates what Lord David Owen, a British neurologist-turned-politician, called the “hubris syndrome” in his 2008 book titled In Sickness and in Power.

Some features of hubris syndrome, Owen points out, are, “manifest contempt for others, loss of contact with reality, restless or reckless actions, and displays of incompetence.” Sounds familiar? You can’t observe Buhari’s governance – or, more correctly, ungovernance – in the last four years and fail to see these features in him.

But it’s not all gloom and doom. Powerful people can, and indeed do, extricate themselves from the psychological snares of power if they so desire. Professor Keltner said one of the most effective psychological strategies for people in power to reconnect with reality and reverse the brain damage of power is to periodically remember moments of powerlessness in their lives – such as when they were victims of natural disasters, accidents, poverty, etc.

They should also have what American journalist Louis McHenry Howe once called a “toe holder,” that is, someone who doesn’t fear them, expects no favours from them, and can tell them uncomfortable truths without fear of consequences.

Winston Churchill’s toe holder was his wife, who once wrote a letter to him that read, in part, “I must confess that I have noticed a deterioration in your manner; and you are not as kind as you used to be.” Was Aisha Buhari performing the role of a toe holder when she publicly upbraided her husband in the past? I doubt it.

Her disagreements with her husband are often opportunistic and self-serving. They are triggered only when her husband’s puppeteers in Aso Rock limit her powers to nominate her cronies for political positions and to dispense favours to friends and family.

Another potent way to reverse power-induced brain damage is to periodically get out of the protected silos of power and solitarily observe the quotidian interactions of everyday folks – their humour, laughter, fights, etc. – without the familiar add-ons of power, such as aides, cameras, security, etc. This helps to stimulate the experiences of others and restore empathy.

This is particularly important in Nigeria because power, at all levels, is almost absolute and unaccountable.

Please read and prayerfully ask God to reveal your “ toe holder” to you.