Subscribe to RSS
2023: *Igbo Presidency and the zoning formula* - By Abu Maigoro 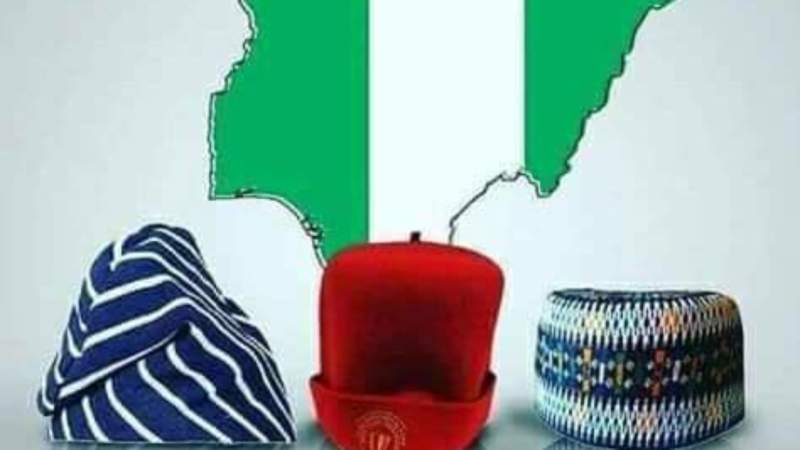 The on-going political discussions and public feelings about zoning presidency to a particular section of the country have opened door for all perspectives at a time the two major political parties APC and PDP are not yet decided, probably they are trying to excogitate the idea of zoning arrangement to pave way for level playing ground. But i think it is not the best at the moment, it's too early to say or even unfair for PDP to do away with the zoning arrangement when the South east (their political capital) have not produce President. It would be a big dilemma for PDP if perchance they fail to zone Presidency to south east considering the facts of being stronghold since 1999. And it may be hurtful for some igbo people if APC ignore  south east to produce it's presidential flag-bearer but the truth APC had never won any election beyond Imo state in the entire south east region. It would be difficult to risk chances in 2023, they may likely go for a region where APC is acceptable by the majority and look for someone who's largely acceptable in that region

Sequel to the bold step taken by some prominent   politicians from northern part calling for fairness to allow southern part to produce next President. We have heard people like Gov. El - Rufa'i,  Gov. Ganduje,  Gov. Masari, Gov  Zulum,  Sen. Shekarau etc using the word fairness and justice in their different submissions calling for southern presidency in 2023. It's too obvious for south east to be the favourable region if we must consider equitable proportion in our political journey as a complex nation. Though, zoning is unconstitutional and it  has many disadvantages. It gives power to major tribe over minorities. It gives room for incompetence. It promotes corruption and impunity. And it favours dishonesty over integrity.  But  zoning is still a good practice that brings about a solution to issues related to concussion, political uncertainty,  ethnic disgust and sedition.

In 1999 zoning was introduced by political parties as an arrangement to compensate Yoruba people in other to heal the scar of June 12 injury. However, it is also possible and applicable today for the two major political parties to employ or adopt the same spirit of sympathy for Igbo people in 2023 as a reciprocal for carrying uninterrupted  burden of they described as marginalization. In my view, some internal challenges hindered political progress of Igbo people in national politics.

1. Political Stagnation had stuck Igbos perpetually in one gear which rendered their politicians inability to take workable decisions in national polity.

2. Their politicians are not consistence in maintaining political  structures and alliance in the country.

4. IPOB activities are distracting the political fortune of south east region because they have succeeded in disconnecting the bond of trust and Igbo politicians are seemly  helpless in handling the menace of IPOB. Honestly,  this has push many nigerians to skeptical to give Igbo man a mandate because of IPOB

5. While Ohaneze is beating the drum of tribal loath in the name of protecting the interest of Ndigbo when in the real sense nobody protects igbos more than their host communities

After examined the political struggle and economic development of Igbo people in the country, no one disputes their contribution in the nation building, apparently ahead other tribes. At this point forbearance is necessary. We can not pretend, majority of igbo people are hard-working and peaceful. They solely believed in One Nigeria and they have succeeded in establishing businesses in every part  across the country. In fact,  they are more Nigerians than others.  What is needed from them is total restoration of political approach and cogent disposition that could bring alliance, massive support and understanding in the political space. Nobody will do it for them,  they have to work it out and reach out to the two major political parties for codification of zoning formula that could give roadway for Igbo extraction to accomplish in 2023