Subscribe to RSS
Your commitment to united Nigeria not in doubt, APC govs tell Buni. 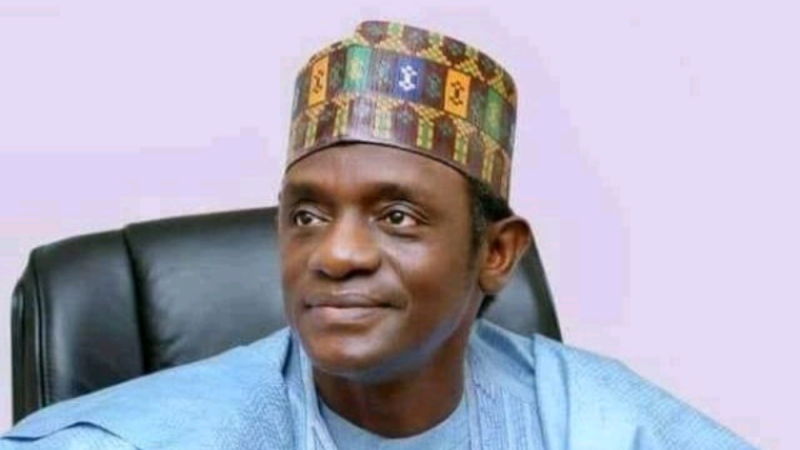 IN what could appear to give the Peoples Democratic Party (PDP) a run for its strategies towards the 2023 general election, the governing All Progressives Congress (APC) is giving the North- Central top priority to land the position of the national chairman of the party, Sunday Tribune has learnt.

As if determined to play the PDP game to the last letter, South-East is also reportedly being tipped to produce the ruling party’s national secretary, just like PDP, which went to the geopolitical zone to pick its national scribe in the person of Senator Samuel Anyawu.

In the North-Central, those searching to report back to the official leader of the party, President Muhammadu Buhari, have reportedly identified three persons from whom the party’s decision-makers are expected to pick one.

Two former governors and a dark horse are said to have been pencilled in.

Of the two former governors, one is seen as suffocating in dealing with the incumbent governor of his state, who he reportedly enthroned.

His state governor, who has been openly supportive of his aspiration, is reportedly open to having another state in the zone land the plum job to be saved from further “harassment” from the godfather.

The other former governor is largely seen as hedonistic, with a top party source disclosing to Sunday Tribune that “Baba [President Buhari] will not take XYZ (mentioning the former governor’s name) from them.”

The third target, Sunday Tribune source noted, would jolt Nigerians when unveiled. “He is not the person you may be expecting,” the source teased the surprise expected ahead of the unveiling of the “dark horse.”

All efforts to extract an identity from the source were rebuffed on the excuse that bringing him out early could damage other ancillary strategies to forge a common front.

What isn’t in doubt, however, was the confirmation by the source that a bridge-building coalition has emerged to work out the shape of the next national working committee as designed by forces aligning to gain supremacy.

The incoming NWC is expected to largely determine the fate of state chapters where parallel congresses held.

Zoning of elective offices, especially the presidency, has been a contentious issue in the ruling party. PDP surmounted the challenge by throwing his presidential ticket open, while party offices simply exchanged hands between North and South.

There is also an understanding that if a northerner emerges the party’s presidential standard-bearer and goes ahead to win the general election, Ayu will step down as the national chairman and a southerner, second in rank, will mount the saddle.

Taofeek Arapaja, a former deputy governor of Oyo State, is the deputy national chairman (South) and he is seen as a shoo-in, if a northern candidate wins the presidency on PDP’s platform. Past attempts at zoning of elective offices by the APC ended in chaos, disclaimers and denials over allegations that some tendencies were already claiming victory in certain parts of the country.

Even the current effort, Sunday Tribune learnt, isn’t cast in iron and could be dumped anytime, “because the guys at the national headquarters (Mai Mala Buni’s Caretaker Committee) are so jittery and may dump this one again once it is out,” the source revealed.

The main aspect of the zoning being referred to by the party chieftain was the presidency, on which the decision makers are yet to take a definite stand.

However, most of the top operatives of the party have favoured the South for the number one job on the ticket of the party after eight years of President Buhari, ending on May 29, 2023. Some heavyweight northern governors like Kaduna State’s Nasir el-Rufai, Kano’s Abdullai Ganduje and Borno’s Babagana Zulum, have spoken in favour of power rotating to the South.

The contention at the heart of the zoning issue is said to be the push to have the presidency micro-zoned, like party offices, to a definite zone in the South.

Those pushing this argument are also pointing to the current effort to zone the position of deputy national chairman (South) to a particular geopolitical zone in the axis (identity withheld). In the South, the contention for the APC presidential ticket seems a direct battle between the South-East and South-West, where the current Vice President hails from. Being a heartbeat away from the number one job, inside the party’s national abode, there are forces pushing for Vice President Yemi Osinbajo, to enjoy the right of first refusal.

The argument is further made that in functional democracies, the Vice President is as good as an awaiting president and can only be bypassed if their chances of winning the general election are realistically low.

Osinbajo is deemed to have a realistic pathway to the presidency. The national leader of the party, Senator Bola Tinubu, is also being heavily tipped for the top job by emerging Political Action Committees (PACs).

Sunday Tribune learnt that an aspirant, who is yet to strongly feature in the presidency calculations, may show up once a new national working committee is in place.

In the South-East, Ebonyi governor and an ally of President Buhari, Dave Umahi, has become a regular mention in the projection for APC presidential ticket.

South-West is heavily favoured against the South East in delegate count, considering just two states in the South-East are governed by the APC, while the party runs five in the South-West, with a long list of past and current office holders who are automatic delegates to the presidential primary, though a plurality of aspirants from the zone, could thin off the advantage.