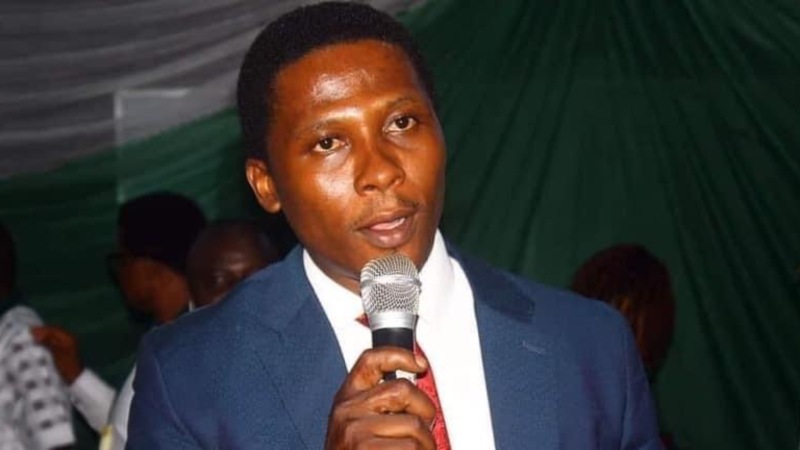 The Indigenous People of Biafra has struggled, over the last few weeks to put a leash on some of its rogue members who have defied its directive for a halt on the sit-at-home order which the group originally planned to hold "every Monday, until its leader, Mazi Nnamdi Kanu is released by the Federal Government".

Through series of press statements and internet radio broadcasts, the group have tried, albeit fruitlessly, to distance itself from the continued sit-at-home and some criminal elements who have seemingly hijacked the protest, by harassing and even killing those who defy the "order".

While some analysts believe that the IPOB "High Command" is aware and actually sanctions the enforcement of the sit-at-home order, I want to agree with the IPOB's official communications indicating that it has halted the protest. However, it's inability to implement this order confirms the alarm I raised a long time ago, that some external terrorist elements (I suspect ISIS) have infiltrated the ranks of the IPOB and have almost succeeded in turning them to a terrorist organization. Sadly, the terror by this group is unleashed on the same hapless Igbos whom they claim they are trying to liberate from the "persecution of the Fulani oligarchs". 95% of the casualties recorded in the last few months since the escalation of this mindless bloodletting have been Igbos, while 100% of the economic destructions have been against Ndigbo.

The inability of the group to effectively implement its order which came from its highest commands exposes the group as opportunistic and incapable. If the group cannot carry out an order as simple as halting an earlier directive, it justifies my earlier fear that the group has created a monster, fed it to a giant size and lost its leash on the monster. If care is not taken, that monster will not only end up wrecking more havoc than the IPOB is ready to own up, but may as well consume the IPOB itself. IPOB wants us to believe that they have a firm grip on Igbo land and even asking to be allowed to run Igbo land, yet finding it difficult to control a group of less than 100,000 armed militia. Nothing can best demonstrate inefficiency of leadership and organization.

I have maintained my argument that those behind these mindless destructions, bloodletting and outright terrorism in the name of ESN, IPOB or the so-called unknown gunmen, do not serve the interest of the Igbo, by any inch. On the surface they want us to believe that they were pushed into this violence as a result of the marginalization against the Igbo and that their end game is to force the Federal Government to allow a referendum which they believe would overwhelmingly favour a secession from Nigeria by Ndigbo to form a Biafran Republic. But the reality that 90% of the young men and women who are at the center of this violent incursions on Igbo land are bereft of the smallest idea on how secessions happen anywhere in the world and also lack near to zero information on the ideology, history and modalities of the defunct Biafran Republic. The  4% who are at various Commanding levels in the IPOB do not really care about Biafran or the interest of Igbo land, but are mostly driven by the financial gains from the "business of Biafran" and also the social relevance their participation in the 'struggle' accords them. There is another 4% who might be providing technical and media assistance to the group, not because they believe in whatever agenda they are pursuing but because they believe that the activities of the group would be, at the long run, beneficial to them, politically. This class is mostly made up of opposition politicians, highly corrupt and desperate politicians who believe that the best and easiest way to shield themselves from imminent probe is by making the Southeast ungovernable through direct and indirect sponsorship of violence in the pretext of supporting Biafran agitation. There is another 2%, whom I personally suspect to be completely from outside Ala Igbo, but who could be using middlemen to funnel funds and contacts into to sustain the violence and destruction of Igbo land. This last group like the group preceding them, are interested in the political advantage that the continued violence in Ala Igbo would confer on them. For them, they want to create the impression that Ndigbo are fighting a war to break out from the Union, hence justifying any level of militarization and political denials and persecutions that are currently being visited upon Igbo land.

The reality is that the sit-at-home protest, even if it goes on forever will not see to the freedom of Mazi Nnamdi Kanu. If anything, it would worsen his case before the judiciary. Those who are insisting on its continuous implementation may not really wish Nnamdi Kanu well and are obviously enemies of Igbo progress. The only group of people who would continue to insist on the Implementation of a sit-at-home order are enemies of Ala Igbo who are desirous to see the degradation of the Igbo self-made economic, educational and security advantages in Nigeria.

Fortunately, more Igbo elites are coming forward to speak out against this rabid destruction of our land, and I will only pray that it doesn't get too late before more Igbos realize how abhorrently disastrous this whole silly idea is.

MAY ALA IGBO PREVAIL!