Subscribe to RSS
VAT IMBROGLIO: IT’S AN ILL-WIND; ALL PARTIES MUST TREAD WITH CAUTION - Achinike William-Wobodo 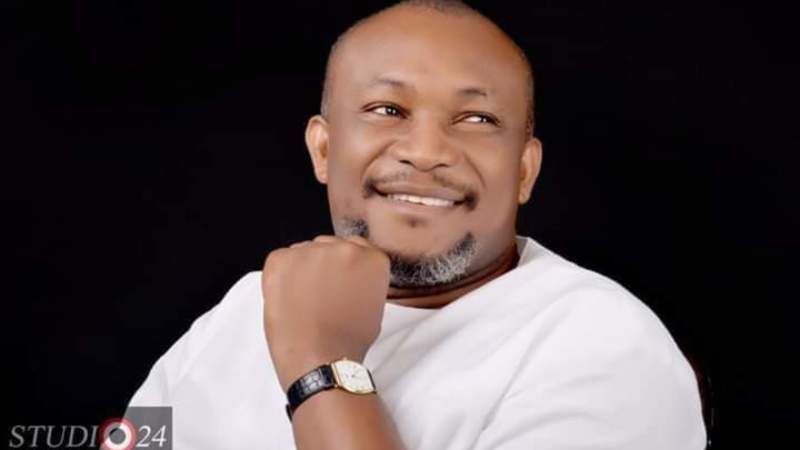 A few days ago, I obtained a copy of the judgment of the Federal High Court, Holden at Port Harcourt, presided by His Lordship, Hon Justice Stephen Dalyop Pam in suit No: FHC/PH/CS/149/2020, between Attorney General for Rivers State vs Federal Inland Revenue Service & Another (the popular case on Collection of Value Added Tax -VAT). As a scholar of law, I studied the judgment vis-a-vis all relevant laws, including those not referenced in the judgment. Upon that note, I posted on my Facebook handle that I would do an Expository on the Sentiments, the Laws and the Realities of the issues. I have received several calls from those who felt that I should not, a few throwing some uncut words here and there. On my own part, I have also engaged Lawyers, very brilliant minds on the issue, including some handlers of Governor Wike.

As a true Nigerian, I owe my country  and State a duty of patriotism, and a much higher duty of loyalty and protection as my conscience and physical ability can support. At the moment, I am restrained by time and other factors from making any elaborate legal opinion, as I would have done, but a must do in future. However, at this stage, it is not out of place to call on all parties to this Tax (VAT) Imbroglio to tread with caution. Nigeria is just coming out of, not fully recovered from economic recession and should not be plunged into a more serious economic depression, on account that it is unable to collect taxes to balance expenditure.

Let me draw our attention to some of the HIGHLIGHTS and IMPLICATIONS OF THAT JUDGMENT, just in case we have not read it and did not know. Arising from that judgment itself, not even Rivers State Government or any other State Government can impose VAT, WHT, Education Tax, Technology Tax, etc on any person residing in Rivers State or any other state for that matter. The judgment held:

1. That any tax not expressly mentioned in the Constitution is null and void;

3. That since VAT, WHT etc are not expressly mentioned, either in items listed as 58 or 59 of the Exclusive List in the Second Schedule or item 7(a) or (b) of the Concurrent List in Second Schedule of the Constitution, 1999 (As amended), the NASS cannot make laws to prescribe or impose them.

4. The judgment however acknowledged that it is the NASS that has power under the constitution to prescribe and impose taxes in Nigeria, that State House of Assembly only MAKES LAW for the COLLECTION of such taxes prescribed and imposed by NASS.

5. The judgment then went ahead to nullify some tax heads (including VAT, WHT, etc) in the Taxes and Levies (Approved List for Collection), Decree 21 of 1998 (now Act and part of the Laws of the Federation of Nigeria -LFN), on the ground that such taxes were not expressly listed on the schedule to the constitution, and therefore they were unconstitutional.

Because, the matter is pending on appeal, I will NOT comment on the propriety or otherwise of the decisions of His Lordship on any of the issues. I just want to highlight the implications, which is permissible within reportage.

Flowing from the same judgment therefore, there is nowhere, either in paragraph 58, 59 of the 2nd Schedule to the constitution (the Exclusive List), or paragraph 7(a), (b) on the Concurrent List, to the Constitution or any other part of the CFRN thereof where the State House of Assembly has or derives the power to prescribe and impose any tax whatsoever on the citizens, be it capital gain tax, income tax, stamp duty, personal taxes, VAT, WHT or any other tax for that matter, least of all taxes which are not expressly mentioned in the Constitution. By implication of the said judgment, not even the State House Assembly can impose taxes not expressly provided and mentioned in the Constitution. The State House of Assembly is only allowed under the Constitution to make laws for the COLLECTION OF ANY TAX PRESCRIBED AND IMPOSED BY NASS, and which the NASS has designated to be collected by the States. The judgment acknowledges this position of law. However, went ahead to hold that such taxes not mentioned in the constitution were unconstitutional. What the judgment has simply done is to declare those tax heads unconstitutional. QED. Repeated for emphasis, AGAIN, not even the State House of Assembly can make Laws in respect of taxes which have been declared UNCONSTITUTIONAL already.

Questions then to the States:

1). Under what authority or provision of the Constitution does the State House of Assembly (RSHA, LSHA, etc) derive the power to prescribe and impose any taxes at all on citizens, not being a right it has under the Constitution?

2). Under what authority or provision of the Constitution did the State House of Assembly (RSHA, LSHA, etc) prescribe and impose VAT, WHT, Technology Tax, etc, as they are currently doing, the same taxes that have been declared unconstitutional by the FHC?

The judgment has just set taxpayers free from these taxes. As a patriotic citizen, I am reluctant to say thank you yet, but if it comes to that, I shall enforce this goodwill from my state.

Reading from that judgment, the Attorney General of Rivers State (not his person, but as the chief law officer and legal representative of the State), should have limited himself to just one issue and question, and had he done so, he would have secured an appropriate answer for the state. Unfortunately, with too many questions and issues, the case was compounded, complicated and now seems bad for both the FGN and the States. The only question the AG Rivers State should have maintained was with reference to: whether having regards to the provisions of the Constitution (S.4, item 58, 59 on the Exclusive List, item 7(a) and (b) on the Concurrent List), the NASS having imposed taxes to be collected by the States it could validly assign the duty of collection of such taxes to FIRS or any other person OTHER THAN the State or any authority of the State. With due respect, this question, sadly, was complicated by other questions. Should the case fail on appeal, it may be on the account of these complications.

All other questions which purported to query the authority of the NASS to prescribe and impose VAT, etc. led to the complications in the matter, which I verily know would put both Federal and the State Governments in a BIG UNANTICIPATED AND INCALCULABLE MESS, if not properly managed. The victory in this case is neither to the FGN nor the States, but for the Taxpayers who have been relieved of so much tax burdens.

By the way, I have drawn this aspect of the matter to some of the handlers of Governor Wike. All that some of them could say, after understanding this perspective, is that I should just keep quiet. Really? Keep Quiet?

I ask myself: how does anyone keep quiet when a judgment has set us all (taxpayers) free from over 80% of our current tax burden? I should keep quiet and continue to pay the taxes, albeit to Rivers State Government, instead of keeping my money to myself? I don’t think any sober taxpayer would keep quiet. We all might be heading to the courts to enforce the benefit of this judgment which has render VAT, WHT, Education Tax, Technology Tax, etc. unconstitutional.

Overall implication of this judgment is that it has also declared in advance the State VAT laws, WHT Laws, etc. unconstitutional, even before passage and set the citizens free of these tax burdens.

Before the attacks on my person, please abreast yourself with the judgment: See page 38 to 45, on the substantive issues.