Subscribe to RSS
Is Nigeria A Tale Of Sodom And Gomorrah? By Dr. Sunny Oby Maduka 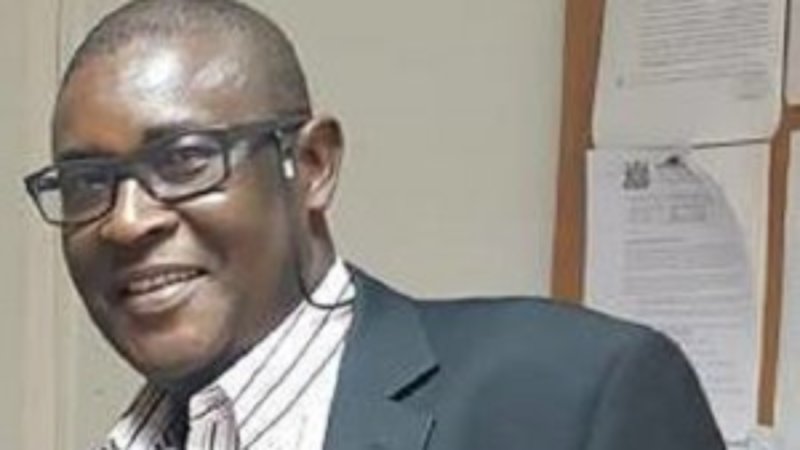 The Nigerian police claimed that Omoyele Sowore’s brother, Olajide was brutally murdered by kidnappers, and not any Fulani herdsmen, bandits or unknown gunmen.

May I use this opportunity to pray that the souls of the innocent Nigerians, who have been brutally murdered by these terrorists be accepted by God Almighty even as He grants the families the fortitude to bear the burden of losing their loved ones in such an inglorious manner, and in a country where ‘COWS’ have become more valuable than human lives. May their souls rest in peace, Amen.

I am lucky that day because I just drove past that same route a few hours before the untimely death of this young man.

Many Nigerians are being poached as if we are ripe mangoes that won’t speak when plucked.

What I couldn’t fathom was the location of this heinous crime that was infested with many police and military checks at every kilometre.

Were those security checks only meant for extortions and harassment of motorists and travellers, and with youths mostly abused by these security agencies searching the contents of their phones?

Travelling along Sagamu – Ore – Benin- Asaba and the entire South East presently is like passing through a war thorny zone. And yet, kidnappers and terrorists are still plundering and slaughtering lives.

It’s even more disheartening when those security officials on the checkpoints are looking more horrific with tattered shoes, clothes and unfriendly faces. Most of them look more of the terrorists than being safety guards. At every checkpoint, you can’t easily see a security official who seems to be happy with his or her functionalities. The way they display their guns shows that we have official terrorists in uniforms and not security conscious Nigerians.

It’s like every Nigerian is angry with other Nigerians, and unfortunately, with wrong Nigerians. Those who are inflicting pains on the entire nation are being protected and treated as demigods by those who ought to arrest and prosecute them.

In most states in the South, security men don’t wear their uniforms anymore for fear of terrorists and unknown gunmen.

I began to wonder, how can a people be free if those who ought to protect Nigerians are now afraid to protect themselves?

Where will Nigerians run to in the event of any crisis? I was home in one of these Mondays Sit-At-Home in South East, and I was shocked to learn that most police stations observed the order by shutting down their police stations. Most police officers were more frightened than the civilians. I didn’t see any police officers who were wearing police uniforms. The whole streets were deserted. That’s when I realised why people were obeying the Sit-At-Home Orders in the SE. If you are killed or maimed, who will you report the case to, especially with the police stations out of service, and the officers afraid of their lives.

Who will blame the security officers when their lives are not insured, and their death benefits very pitiable.

We have lived on lies, and pretend that all is well. Nigeria is becoming increasingly more of the historical Sodom and Gomorrah.

It’s a city that is so porous that everyone can enter without any strict entry permit. That was why Lot entered into the city without being questioned. The influx of other nationalities, who were never controlled triggered the diverse lawlessness, insecurity and perverse lifestyles.

Even in our homes, we take precautionary measures when strangers want to visit our homes. We can’t just open up our homes to strangers and expect law and order. It’s a disaster well expected and the consequences are total destructions and killings.

In 2018, our president went to a UN Summit, and instead of discussing about how to secure the country due to the menace of BokoHaramists and ISWAP incursions, he informed the world that everyone in West Africa is welcomed to Nigeria without any stringent rules or visa entry permit. That began the journey of a country under delusion, and in the confused mentality of our leaders, Nigeria has become another dimension of Sodom and Gomorrah. A country already defiled by the decisions of her leaders and docile citizens.

A country fighting ideological wars in Jihadists, Biafrans, Oduduwas, and other unknown nationalists.

The worse scenario about an ideological war is that it never ends abruptly, and those who believe in their ideological interests never give up easily. The Nigeria situation is even more disheartening especially when we have terrorists and Sharia sympathisers in government.

People were allowed into the city of Sodom and Gomorrah because of lawlessness, immorality and free lifestyles. Lives were traded, and murder wasn’t really regarded as a sin.

Does that showcase the reality in the present pathetic state of Nigeria?

Are the above scenarios happening in Nigeria presently?

It became a story of a blessed city moving towards self-destruction just as Nigeria is heading to without any iota of morality, values and principles.

Today, we have different dimensions of governments, directing affairs within their own spheres. While the FGN has kept quiet in declaring BokoHaramists and ISWAP as terrorists groups, IPOB and agitators of Oduduwa nation are brazenly disobeying the FGN’S policy objectives. The visit of the President to Imo State on the 9th of September, 2021, gave a clear double edged sword governance system. It became very glaring to see in clear terms, who the people’s allegiance pendulum swings. The total lockdown posture of the entire SE at the president’s visit showed that the people have lost trust in the government. For IPOB’S call for every person in SE to sit at home to succeed means that a government without the citizens is TRULY ON ITSELF OWN SELF DELUSION. Although, many had thought that the president’s visit could have been an opportunity for the SE people to galvanise energy on what to table to Mr President for immediate solutions in the SE. But, the visit ended up as a visit to Imo leaders, security officers and press men, with a wide gap in the absence of Imo people.

In all, I must commend Mr President for the visit despite all the foreseen impediments before and after the visit. The entire SE are waiting for the fulfillments of all the promises promised by Mr. President, and hopefully, the SE will start on a new mentality change that this regime has not marginalised them in any form.

In conclusion, let us not forget that, “This country belongs to ALL NIGERIANS, and if we keep quiet at her misdemeanor rate and its confluencing backwardness, we will be assured of a collective agreement to a continuing suffering process.” – DSM.

A country where people are not safe, children are violated, no one was thinking about Godliness anymore, and people were openly raped and kidnapped with huge ransoms paid even in the presence of our security officials. We will only be on the stream of progress when we shun the irresponsibility of supporting an individual at the detriment of the entire citizens.

To worsen the matter, the scenario that’s being played right now is a dirge storyline of our leaders and terrorists asking all Nigerians, “WHAT CAN YOU DO?”

A tale of Sodom and Gomorrah, where nobody seems to be in charge, but everybody is in charge.